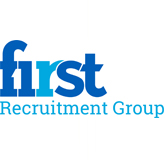 Specialises in the selection and provision of high quality personnel for technical, commercial and construction appointments, with a particular focus on the Oil & Gas industry. First Recruitment Group supply contractors worldwide. The company has office locations in Ghana, Thailand, Singapore & the UK with a number of partnerships across the globe inc. Houston, Kazakhstan, Angola and Russia.

The Foundation is delighted to enter into a long term partnership with the group.

Is an Architectural Practice specialising in sustainable residential and commercial design. They are proud to be sponsors of Kamla Foundation and are helping us to reach out further to change the lives of some of the most vulnerable in India.

Employees of Stratford-upon-Avon based environmental and recycling business Valpak Limited nominated The Foundation as their overseas charity for 2010. A range of fund raising events were staged throughout the year which included an Easter Treasure Hunt, Bring & Buy sale, numerous dress down days, Gunge Week, a World Food Taster Fayre, Summer BBQ and Freaky Friday for Halloween. Please see other events.

They raised £4,000.00 which contributed towards the installation of 4 bore wells across rural Tamil Nadu in south India.

Alkesh Mistry, an employee of Hogan Lovells, one of the largest law firms in the world, managed to further his fundraising efforts by over £2,000 through the Company’s match funding facility.

Belsize Stationers based in Hampstead, London are regular supporters and have helped to fundraise for a number of initiatives for the Foundation. To date their efforts have generated over £4000 towards the work of the Foundation.

The Founder of North South Travel, Khushal Singh, chose the name North South Travel, after the famous speech by the then Chancellor of Germany, Willy Brandt, who pointed out that the greatest division in the world was not between the global superpowers, but between North and South, rich and poor.

North South Travel is run by a devoted team of travel industry professionals, providing travellers with a friendly, efficient, competitive service and generates funds to support poverty alleviation and sustainable development in the poorest parts of the world.

The Foundation was fortunate to receive support from NST in 2012.

We have also received significant sums from a number of supporters of the Foundation. We do not wish to cause any embarrassment by naming them, suffice to say their contribution to the work of the Foundation is immensely appreciated.

Other fundraising initiatives are always being explored.