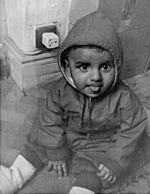 He has led on outcomes which generate international trust; strengthening consensus, helping to rebuild trust in post-conflict societies and increasing the capacity of individuals and organisations to make a meaningful difference.

Bhupendra has sat on a Home Office and Cabinet Advisory Board, advising Cabinet Ministers and Senior Civil Servants on applying ‘new thinking’, to deprived regions within the UK and supporting the role of communities within a local, regional and national context.

Having operated at a Board level for some twenty years, gained widespread experience of interacting with Board Members, Politicians, Regulatory Bodies and Government Agencies. Seminal work includes jointly leading on a number of studies that reported and helped facilitate the work of the Home Office during the aftermath of the disturbances in northern towns in 2001. Interests include, tennis, current affairs, music, travelling and political biographies 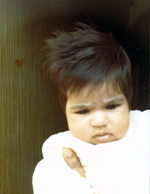 Hersha has a degree in Mechanical Engineering and also completed a PGCE in Primary Education. She then taught for 7 years in a variety of settings including a year teaching Maths, Physics and IT under the auspices of Voluntary Service Overseas at a Secondary School in Guyana. She enjoys working with people, especially children, and has been involved with several voluntary organisations over the years such as BTCV and TocH.

Hersha finds working with others towards a greater good tremendously satisfying and a fantastic learning experience. Hersha works for the Education Department within Local Government, as well as looking after her two children. She enjoys running, swimming, gardening and the environment. 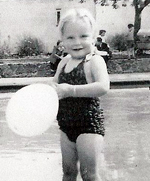 Diana has recently retired from Salford City Council where she led the Neighbourhood Management Service. Salford achieved national recognition for engaging residents and a wide range of service providers in decision making to improve their neighbourhoods.

Previously Diana has worked in regeneration programs in Salford and Rochdale, promoting partnership work with residents to improve their areas. She has almost 40 years’ experience of community development work which started in Salford but took her to Burnley, and Manchester. Much of this work has been with women; as residents and activists, as parents, and those experiencing physical and emotional abuse. Her work has helped to empower women, provide services which better meet their needs and enable them to play an active role in decision-making.

In her personal life she has played an active role in community and voluntary organisations in her own community. She has worked with other parents to establish and run activities which her own children have benefited from. She is currently active in a local group developing an innovative cohousing project for older people.  Although born in Scotland and brought up in the south of England she has lived all her adult life in Manchester. In retirement she lives with her partner and enjoys the diverse and vibrant culture of her home city. She supports a neighbourhood in Trafford which has Lottery funds to allocate to make it an even better place to live. She enjoys travel with her partner, walking, music and her garden and allotment, and spending time with her grown up children. There never seems to be enough time for all the opportunities life now offers. 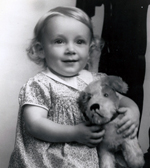 Margaret began her teaching career in an inner city Secondary School in Manchester in 1965. Then followed posts in Wythenshawe – at the time the largest council estate in Europe – and then Cheshire and Trafford. In 1984 she became Headteacher of Green Lane High School in Trafford. She held this post for 17 years during which time she led the school through year on year improvement and growth. In 2002 the school became a Specialist School. Margaret personally took on the job of raising the £50,000 necessary to be considered for Specialist status.

Throughout her teaching career Margaret has been deeply involved in community work. For 15 years she ran a voluntary youth club of 120 plus. She regularly took young people on outdoor pursuits courses and coached teams in a variety of sports.

Margaret retired from teaching in 2004 and during her first year of retirement led the consultation in Trafford for devolving Special Educational Needs budgets directly to schools. She is vice-chair of Manchester and District Housing Association. She became chair of New Dawn Community Association in 2002 and upon her retirement devoted time to writing bids and raising funds to expand facilities and activities in the community. She is a Board member of the North West Duke of Edinburgh’s Award Scheme working group and a school governor at a Primary School in Wythenshawe, Manchester. Margaret’s interests include travel, sport, theatre, reading and cooking. 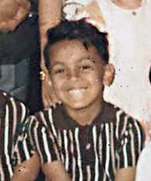 Satish is from Warrington, Cheshire and has worked and lived in London, Manchester and Australia. He has a degree in Graphic Design & Communication. Currently running his own business ‘This is Imagine’ specialising in all aspects of marketing, design and communication. Three years ago he also set up a photography business, turning his passion into a business, allowing him to travel and explore the world in greater depth. His passion and creativity has won him two major international awards in New York and Switzerland.

His businesses work closely with a range of stakeholders, which makes his work constantly stimulating. He has been instrumental in helping to raise the profile of the Foundation and has developed the corporate branding for the Foundation. Indeed his tireless work for the Foundation has proved fruitful in gaining greater exposure and our first corporate partnership. He loves working with people and is a great believer in putting something back into wider society. He enjoys time with his two young boys who are both keen basketball players. Hobbies include keeping fit, reading, music, films from every genre and photography. 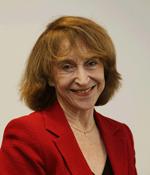 Baroness Jill Pitkeathley trained as a social worker and was a child care officer in Manchester and Essex. In the 1970s she worked for the health service as a Voluntary Services Coordinator in Berkshire. In 1986 she became Chief Executive of what was then the National Council for Carers and led the carers movement for the next 12 years, creating Carers National Association (now Carers UK) and turning what had been a private, hidden trouble, the needs of Great Britain’s six million carers, into a public issue, high on the political and social policy agenda.

From 1998 to 2004 she was the first Chair of the New Opportunities Fund, responsible for allocating £2 billion of lottery money and also was the first Chair of the General Social Care Council for its first six months.In 2004 Jill became Chair of CAFCASS (Children and Family Court Advisory and Support Service) which is an NDPB that looks after the interests of children involved in family proceedings. It works with children and their families, and advises the courts on what it considers to be in the best interests of the child.  In 2005 she also took on the role of Chair of the Home Office Advisory Panel on Futurebuilders.

Jill is currently President of Volunteering England, Community Council for Berkshire and Patron of The Prostate Cancer Charity. She is Vice President of Carers UK and the Princess Royal Trust for Carers. And President of Eurocarers. She was raised to the peerage in 1997, sits on the Labour benches and is a very active working peer.

Jill has published several books on topics such as carers, volunteering and being an only child. Her first novel, published in 2004 ‘Cassandra and Jane’ is about the sister of Jane Austen. Her interests include walking – not too far, theatre and grandchildren. 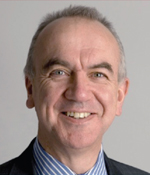 Born 1955 in Middlesbrough, the eighth of nine children. After graduating from Sheffield Polytechnic, he started his working life in the NHS before beginning Prison Governor training in 1982. Then he worked at Lincoln Prison, Deerbolt Borstal (Barnard Castle) and Frankland High-Security Prison (Durham City) before moving to a succession of Whitehall posts. This period included work on reducing delay in the criminal justice system and led to the introduction of ‘Narey Courts’ which succeeded in significantly reducing court delays.

He returned to the Prison Service in 1996 as Head of Security Policy before joining the Prisons Board as Director of resettlement in 1997. He was appointed Director General of Prisons in 1998. Following a merger of Prisons and Probation in 2003 he became the first CEO of the National Offender Management Service.

Sir Martin resigned in 2005 to become Chief Executive of Barnardo’s. After a very successful five years during which he chaired ‘The Campaign To End Child Poverty’ and during which Barnardo’s grew by 40% to become, once again, the UK’s biggest children’s charity, he left in 2011 to spend more time at his home in North Yorkshire. He advises Michael Gove and the Department for Education on children’s social care. He is Chair of the Portman Group Complaints Panel and is a member of the Board of the Advertising Standards Authority. He also writes regularly for The Times and other newspapers and is a visiting Professor at the Universities of Durham and Sheffied Hallam.

Martin has been married for 34 years to Jan and they have two adult children. A true pioneer, Sir Martin has been a distinguished public servant for many years, serving at the highest levels across Whitehall, the Criminal Justice System and the third sector.

Sir Martin Narey has published frequently in the Guardian, Telegraph, Times and the New Statesman.

Sir Martin was knighted in the 2013 New Year Honours for services to vulnerable people. 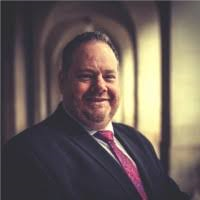 Barry is the founder of Harwood Law. He has been practising at the Bar for over 20 years. After completing his combined pupillage in Criminal and Civil law, he has gone on to specialise in Employment law, all aspects of discrimination and Tribunals. He is a senior champion and role model for Stonewall UK. In this time, he has also spent 12 years as a senior lecturer in law teaching the Bar Professional Training Course at Manchester Metropolitan University. He is also a fully qualified mediator & pupil supervisor, puts these skills into use on various committees of which he is a member.

In 2019, Barry was also elected to be a member of the Bar Council of England and Wales, serving on both the Equality, Diversity & Social Mobility and the Education and Training committees. He also gives back to the profession by teaching advocacy to Bar students at the Lincoln’s Inn residential weekends.

He was a staff Governor and equality & diversity champion to the board of Governors at Manchester Metropolitan University. He was the LGBT Chair for staff, and he also holds a role as a director/trustee of the Aspireplus multi-academy trust. In his free time, he enjoys travelling and a glass of red wine.