Karpagam is an inspirational Community Worker, supporting some of the most stigmatised communities across a vast rural area in South India. She is a committed and dedicated Community Worker with a strong passion for women’s empowerment and has established a credible reputation among the rural poor. She comes from an extremely impoverished background and initially studied up to 12th standard (Year 12) in a local school (this was highly significant at the time, as she was the first girl in her community to achieve this). In 2000, Karpagam started working with vulnerable women and became actively involved in championing community issues. Employed by the FORD Trust, she was encouraged and supported to study further and she successfully embarked upon a distance learning Degree in Sociology (again a first in her region). She is unmarried (this too carries social stigma in a rural conservative society) and lives with her elderly father.

She has tirelessly campaigned for improving the rights and opportunities for women and works with women activists to support them to become community leaders. However her ability to support this vital work has been severely restricted due to the fact that the groups and activists reside over a vast area in remote settings. An area spanning 40 kilometers from the FORD Trust offices.

More recently she has developed a program which supports girls from dropping out of schooling. She advises, counsels and facilitates discussions with parents stressing the importance of education. Furthermore, she has helped to establish a credit linkage project with Banks enabling vulnerable villagers with no credit history to obtain favorable loans, and helps to manage a number of community development Projects for Kamla Foundation.

Until recently, she supported the groups by walking and travelling by bus across vast distances. As one can appreciate, this took up a lot of her time and indeed many journeys involved walking miles to the nearest bus stop and then waiting for buses which were notoriously unreliable. Safety was a big issue too so Kamla Foundation purchased a scooter. This has transformed the way she now works and indeed her safety is no longer compromised. She can now support more community groups and can cover greater distances, slashing the time she previously needed for travelling. The scooter enables her to reach out to a greater number of people and hopefully sow the seeds for greater change. 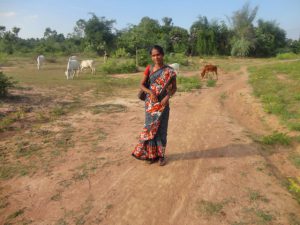 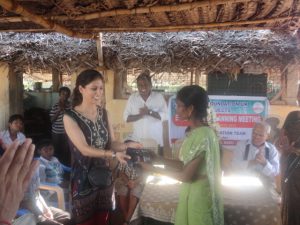 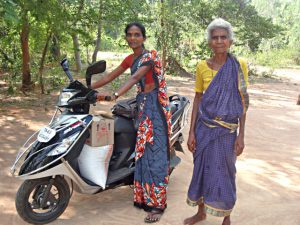