India is the country with the largest widow population in the world. It is estimated there are 40 million widows in India today. The widows are the unacceptable face of India with numerous agencies including Central and State Governments having failed them. Politicians with rare exceptions have ignored them and the majority of mainstream society continues to exploit them.

A key part of our strategic work is supporting widows with the aim to bring such women back from the margins of society, enabling their voices to be heard and helping to uplift their status in society. 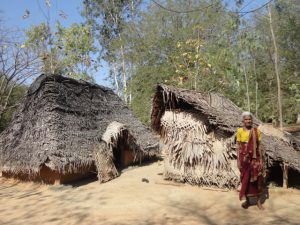 Karuthal is a 70 year old widow, who lives alone in a remote rural hamlet. Karuthal lives in abject poverty. Her home is a basic hut, the walls made from mud and roof from dried leaves, which is inadequate and leaks. She belongs to the Valaiyar community (Most Backward Community – a Government definition given to marginalised communities). Tragically her husband died seven years ago from a snake bite. They both worked as seasonal agricultural labourers earning a pittance. She has no land holdings and since her husband’s death, has lived alone surviving on the goodwill of neighbours and complimenting this with domestic duties as a cleaner in the village. 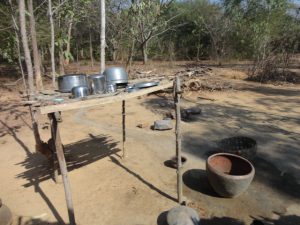 Her health situation has deteriorated rapidly due to many years of hard labour under the searing sun and she is struggling to feed herself. Due to illness and old age she is struggling to work regularly and on many occasions has had to go hungry as she was unable to work. Indeed, she doesn’t even qualify for a meagre state widow’s pension, so struggles to earn whatever she can for her survival. She was unable to better her predicament and in desperate need of assistance for survival for basic food and clothing. Through our timely intervention, we identified a compassionate UK sponsor to come forward to assist Karuthal.

The life changing support she now receives enables us to provide Karuthal with 3 good meals a day and all her daily needs (including nutritional, medical, clothing, blankets and  related expenditure) are taken care of.

Our partner, the FORD Trust has assigned a community worker, who manages this support on a regular basis.

“Changing Minds – Changing Lives” is the root philosophy of Kamla Foundation and we firmly believe that helping the widows to stand independently and to provide a safe comfortable environment will enrich their lives within an otherwise wretched existence, giving them peace and solace in the twilight of their lives.

Sponsor a widow for £24 a month